When Can I take Casualty Theft Losses On My Tax Return? 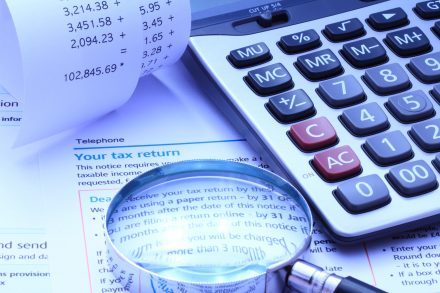 When Can I take Casualty Theft Losses On My Tax Return?

Updated: As of 1/1/2018, casualty theft losses have been severely limited on Schedule A and can no longer be taken except as described in IRS Publication 547, which can be seen here.  The below law applies to tax years ending before 1/1/2018.

Per 26 U.S.C. § 165(c) casualty loss deductions can be taken for theft.  Per IRS Pub. No. 547, theft includes the taking of money by blackmail, burglary, embezzlement, extortion, ransom, larceny, or robbery.   However, in order for money taken through fraud or misrepresentation to be considered “theft” it must be illegal under state or local law.  IRS Pub. No. 547.

California Penal Code § 484 sets forth the crime of larceny in California.  Per that statute, “Every person… who shall knowingly and designedly, by any false or fraudulent representation or pretense, defraud any other person or money… is guilty of theft.”  The terms “knowingly and designedly” requires criminal intent, and criminal intent is required to constitute a theft loss.  See M.J. McConnell v Commissioner, TC Memo. 1979-247.  Thus, when money is taken under fraudulent pretenses with criminal intent, it constitutes a casualty loss for taxpayers in California.  The deductibility of fraudulently lost funds was confirmed by the United States Tax Court in Norton v. Commissioner, 40 T.C. 500 (1963), an opinion affirmed by the 9th Circuit at 333. F.2d. 1005 (9th Cir. 1964), which involved a California taxpayer who made payments to a contractor after the contractor falsely assured the taxpayer that all the subcontractors and materialmen had been paid.

With respect to loans, absent a criminal intent on the part of the responsible person, the loss cannot be taken until it becomes a bad debt.  However, a non-business bad debt that goes bad is a short-term capital loss under 26 U.S.C. §166(d), and can only be taken by individuals to the extent of capital gains plus $3,000 each year.  Casualty loss of property held for the production of income, on the other hand, is treated the same as losses of business property on Schedule C.  See IRS Pub. No. 17, Your Federal Income Tax.  The Tax Court has rejected a claim of theft loss for an unpaid loan where there is a lack of evidence of the intent to defraud the taxpayer, or where the evidence supports in intent to repay – even if it was not ultimately repaid.  See Straub Distributing Co. Inc. c. Commissioner, T.C. Memo 1971-46 (applying California larceny law).

Notably, in Ginesky v. Commissioner, TC Memo. 1994-551, the United States Tax Court allowed a theft loss deduction to a taxpayer who gave credit cards to her fiancé, who ran up those cards to the tune of hundreds of thousands of dollars.  She had met her fiancé from a personal ad and he had initially misled her that he was a successful businessman even though he, in reality, was in prison.  In allowing the theft loss, the Tax Court rejected the IRS’s argument that the fiancé’s use of the cards was not fraudulent, citing to the facts that the fiancé lied about his incarceration and his career and the facts that he had done similar conduct with other women for which he was indicted.  However, in Hallam v. Commissioner, TC Memo. 1983-384, where a woman had become romantically involved with a man and claimed that he misappropriated her property, the Tax Court held that the taxpayer had failed to prove a crime had been committed.  In Hallam, notably, criminal charges were brought but eventually dropped.

Because the law on what constitutes a crime varies in many respects from state to state, a tax professional should be contacted in anything but the most obvious theft cases before claiming a deduction.