Does the Full Payment Rule in District Court Tax Refund Suits Include Tax, Penalties, and Interest? 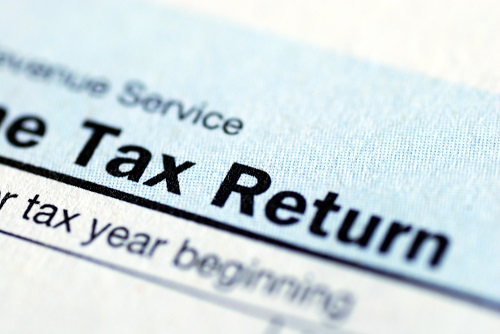 It has long been the law that, before a tax-refund action may be maintained in federal district court a taxpayer must have fully paid the tax assessment for the year at issue.  In Flora v. United States, the Supreme Court held that full payment of the tax assessments is a jurisdictional requirement under 28 U.S.C. § 1346(a)(1). [fn1]  Citing Flora, the Ninth Circuit (which covers California) in Hutchinson v. United States said that “[f]ull satisfaction of the income tax assessment upon which refund is sought is a jurisdictional prerequisite to maintenance of a suit for refund in district court.” [fn2]

Can I Just Full Pay the Tax Principal to Get Into District Court?

Courts have differed on whether jurisdiction may be obtained by paying only the assessed tax, without penalties and interest, if one is only challenging the tax (c.f. Shore v. United States, 9 F.3d 1524 (Fed. Cir. 1993) (holding full payment rule did not require full payment of penalties/interest if those items were not disputed) and Magnone v. United States, 902 F.2d 192 (2nd Cir. 1990) (holding that full payment rule required payment of assessment, penalties, and interest)).

Can I just Full Pay a Penalty on the Tax?

Every case discussing Flora has agreed that paying the principal tax assessments is a requirement, even if courts disagree as to what additional amounts may also be a prerequisite to jurisdiction.  However, the Court of Claims in Nasharr v. United States, 105 Fed. Cl. 114, 117-119 (Fed. Cl. 2012) has directly confronted the “penalty-only” method, rejecting the argument.

In Nasharr, the Federal Court of Claims rejected a taxpayer’s argument that payment of failure-to-pay tax penalties alone, without full payment of the tax, was sufficient for jurisdiction over the penalties, explaining: “If successful, the hurdle for plaintiff under the full payment rule would be lowered, and the same money that was paid to challenge the penalty could then be substituted to pay for the tax. This would result in obstructionist litigation that would deprive the public fisc of the entire sum initially assessed and potentially ease the burden assumed by those taxpayers who chose not to file and pay their taxes on time. Neither of these results is desirable. Flora and Shore command that plaintiffs must pay both the full amount of the tax owed, as well as the amount of the penalty that they separately challenge, in order to establish jurisdiction.”  Notably, Nasharr was decided in the Federal Circuit, and found support in both Flora and Shore (cited supra) for its holding that both the tax and penalty assessments must be paid in order to separately challenge the penalty.  Id.  See also Smith v. United States, 218 Fed. Appx. 634 (9th Cir. 2007) (affirming dismissal where taxpayer challenged taxes and penalties, but had not alleged actual payment of taxes and penalties).

Can I Full Pay After Filing the Refund Suit?

“A taxpayer must have paid his taxes in full before bringing a claim for refund.” Reynoso v. United States, 692 F.3d 973, 980 (9th Cir. 2012) (emphasis added).  See also Boyd v. United States, 762 F.2d 1369, 1371 (9th Cir. 1985) (where claim failed to set forth detail required by code and regulations, “the suit must be dismissed, because filing pursuant to the rules is a jurisdictional prerequisite”); Hutchinson, supra, (“Full satisfaction of the income tax assessment upon which refund is sought is a jurisdictional prerequisite to maintenance of a suit for refund in district court.”).  See also Flora, 357 U.S. at 74 (noting that the House Report stated that the taxpayer may “elect to pay his tax and thereafter bring suit…”). Thus, a taxpayer’s claim would be dismissed and the taxpayer would have to refiled the complaint entirely, assuming the time period to file the complaint has not lapsed in the interim. Because a taxpayer plaintiff cannot remedy the jurisdictional defect by paying the tax after filing suit and then seeking leave to amend, it is important that lawyers and taxpayers be aware of this jurisdictional prerequisite in advance of filing the complaint, or risk running afoul of time limits to file suit and permanently missing the window to fix the error.  Thus, any taxpayer would be well-advised to pay the underlying tax principal and penalties in full before filing the complaint in order to ensure this trap for the unwary is avoided.

Daniel W. Layton, the author of this post, is a former federal prosecutor and government civil litigator in the Tax Division of the United States Attorney’s Office in Los Angeles, where he handled tax refund suits and other civil and criminal matters in Federal District Court.