Closed outdoors cafe with overturned chairs on tables, Nobody 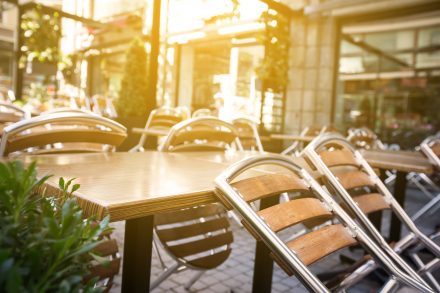 Paying undocumented workers under the table or having off-the-books cash employees often goes hand in hand with tax charges.  The connection arises like a domino effect.  Undocumented workers present problems for businesses who want to hire them because they often don’t have social security numbers or TIN’s.  They end up paying them in cash and not filing W-2’s because of the lack of documentation.  Without W-2’s and adequate cash records, there may be difficulty proving deductions for these expenses.  Without these deductions, however, the business owner may make the unfortunate mistake of offsetting these unclaimed deductions by failing to report like amounts of profits.  Too often, the business owner pays cash from the register to the cash-workers, and then doesn’t report the cash payment or the cash receipts.  A recent Department of Justice press release regarding a similar scenario highlights one such instance.  Per that release:

According to documents filed with the court, Yaowapha Ritdet, 56, hired Thai nationals who were illegally present in the United States to work at her restaurants, Ruen Tong Thai Cuisine and Walter Café, both located in Ukiah. Ritdet underpaid these employees and instructed them not to speak to anyone about their immigration status. Ritdet also paid her employees in cash and did not pay employment taxes on the cash wages.

Ritdet filed false individual income tax returns for 2007 through 2011 that underreported the gross receipts, sales, and income she received from her two restaurants, and failed to report rental income and a foreign bank account she held in Thailand.

In addition to the term of prison imposed, Ritdet was ordered to serve three years of supervised release and to pay approximately $567,755.65 in restitution to include $70,768.65 to underpaid employees and $496,987 to the Internal Revenue Service (IRS). Ritdet pleaded guilty in August 2016.

This case had a litany of other problems, including omitted rental income and a foreign account.  However, those were likely discovered after the undocumented workers and omitted business income were discovered.  In addition, there was a 26 U.S.C. 7212 charge for “corruptly endeavoring to obstruct the internal revenue laws,” which is an omnibus provision covering similar conduct to 18 U.S.C. Section 1001 (lying to a federal officer) or 18 U.S.C. Sections 1501 et. seq. (obstruction) but which is more specific to the IRS.

Also unsurprising in such cases is the failure to report and pay payroll taxes.  The list of potential charges in such cases is long, which should cause anyone considering off-the-books employees to take heed.

Daniel Layton, Esq., the author of this post, is a tax lawyer in private practice in Orange County, California.  He is a former IRS trial attorney and ex-federal prosecutor.