When is the Offshore Voluntary Disclosure Program Ending? IRS Announces September 28, 2018 as Last Day for Foreign Compliance Under OVDP. 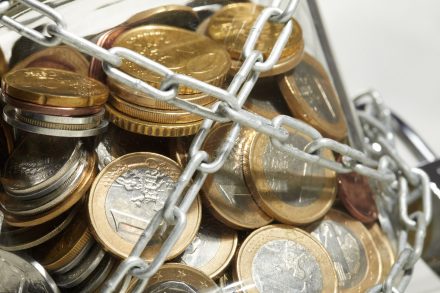 Those with unreported foreign/offshore accounts and unfiled FBARs should act fast to take advantage of willful penalty protection and immunity offered by the OVDP, especially if exposure to criminal charges or jail time are realistic concerns.

In previous posts, I speculated on how long the OVDP/OVDI would be available and I noted how the IRS had been raking it in through the OVDP’s voluntary offshore/foreign bank account disclosures.   In the former blog post, I referenced an tax news-source article which noted that the IRS seemed to have no plans to terminate the program , but I also noted that the IRS had alluded to its impermanence.  Well, those on the fence about compliance need to move quickly if this is an option they want to pursue, because the IRS has finally advised of the end-date: September 28, 2018.  The original IRS news release can be viewed by clicking here.

Notably, the IRS’s news release expressly states that the streamlined procedures for offshore bank account and foreign income reporting compliance will still be available.  In addition, the news release provides that the “IRS-Criminal Investigation Voluntary Disclosure Program” will also be available.  But, although the latter option sounds similar in title to the OVDP, it doesn’t provide the same reduced penalty scheme.

I also previously speculated that the OVD would continue as long as it was profitable, explaining”

“From the IRS’s perspective, the OVD program, FATCA, and the streamlined domestic offshore procedures must be considered a huge success.  With minimal resources, a litany of taxpayers, many of whom had only nominal interest income that was unreported, have come forward and paid penalties.  For many of these taxpayers, had they known of their obligations, they would have simply filed FBARs and any other information returns on time and had to pay virtually no extra tax.  Instead, the IRS is receiving both compliance and penalties – essentially a win-win and something of a windfall.  Until the OVDP and the streamlined filing program cease to be profitable, I would expect this to continue.”

Per the IRS’s FAQ on the sunsetting (here), No. 3: “Complete offshore voluntary disclosures conforming to the requirements of 2014 OVDP FAQ 24 must be received or postmarked by September 28, 2018 and may not be partial, incomplete, or placeholder submissions. Practitioners and taxpayers must ensure complete submissions by the deadline to request to participate in the 2014 OVDP.”  IRS FAQ 24 for the OVDP (here) provides:

For the OVDP, submit an offshore voluntary disclosure as follows:

Once a taxpayer’s disclosure has been preliminarily accepted by CI as timely, the taxpayer must complete the submission and cooperate with the civil examiner in the resolution of the civil liability before the disclosure is considered complete.

Because this FAQ provides that the OVD letter, not just the preclearance, is to be submitted, a taxpayer should contact an attorney as soon in advance of this deadline as possible to ensure the letter is properly completed and mailed certified.

The full text of the press release is below:

WASHINGTON – The Internal Revenue Service today announced it will begin to ramp down the 2014 Offshore Voluntary Disclosure Program (OVDP) and close the program on Sept. 28, 2018. By alerting taxpayers now, the IRS intends that any U.S. taxpayers with undisclosed foreign financial assets have time to use the OVDP before the program closes.

“Taxpayers have had several years to come into compliance with U.S. tax laws under this program,” said Acting IRS Commissioner David Kautter. “All along, we have been clear that we would close the program at the appropriate time, and we have reached that point. Those who still wish to come forward have time to do so.”

Since the OVDP’s initial launch in 2009, more than 56,000 taxpayers have used one of the programs to comply voluntarily. All told, those taxpayers paid a total of $11.1 billion in back taxes, interest and penalties. The planned end of the current OVDP also reflects advances in third-party reporting and increased awareness of U.S. taxpayers of their offshore tax and reporting obligations.

The number of taxpayer disclosures under the OVDP peaked in 2011, when about 18,000 people came forward. The number steadily declined through the years, falling to only 600 disclosures in 2017.

The current OVDP began in 2014 and is a modified version of the OVDP launched in 2012, which followed voluntary programs offered in 2011 and 2009. The programs have enabled U.S. taxpayers to voluntarily resolve past non-compliance related to unreported foreign financial assets and failure to file foreign information returns.

The IRS notes that it will continue to use tools besides voluntary disclosure to combat offshore tax avoidance, including taxpayer education, Whistleblower leads, civil examination and criminal prosecution. Since 2009, IRS Criminal Investigation has indicted 1,545 taxpayers on criminal violations related to international activities, of which 671 taxpayers were indicted on international criminal tax violations.

“The IRS remains actively engaged in ferreting out the identities of those with undisclosed foreign accounts with the use of information resources and increased data analytics,” said Don Fort, Chief, IRS Criminal Investigation. “Stopping offshore tax noncompliance remains a top priority of the IRS.”

Streamlined Procedures and Other Options

The implementation of the Foreign Account Tax Compliance Act (FATCA) and the ongoing efforts of the IRS and the Department of Justice to ensure compliance by those with U.S. tax obligations have raised awareness of U.S. tax and information reporting obligations with respect to undisclosed foreign financial assets.  Because the circumstances of taxpayers with foreign financial assets vary widely, the IRS will continue offering the following options for addressing previous failures to comply with U.S. tax and information return obligations with respect to those assets:

Full details of the options available for U.S. taxpayers with undisclosed foreign financial assets can be found on IRS.gov.

The author of this post, Daniel W. Layton, is a former federal prosecutor in the D.O.J., U.S. Attorney’s Office, Los Angeles, Tax Division.  Prior to working as a prosecutor, he was an IRS trial attorney, charged with handling income tax and penalty trials as well as review of the IRS’s assertion of penalties, including tax fraud penalties and penalties for failure to file foreign bank account reports (FBARs).  In private practice for several years, through his own firm, he defends clients from wrongful tax and penalty assertions.  He may be contacted at (949) 301-9829.

The above is for informational purposes only and is not a solicitation or legal advice.