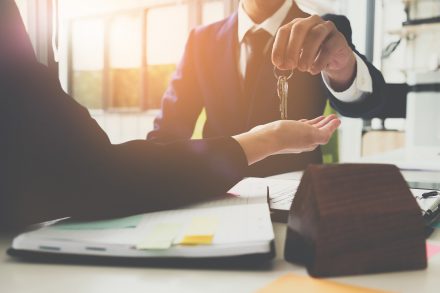 The Ninth Circuit recently found, in United States v. Boyd, that the IRS may only apply one $10,000 penalty per FBAR form.  It is not known whether other circuits will follow suit, but the opinion emphasizes that the IRS should have followed its own more human guidance which always allowed it to apply just a single $10,000 penalty.

On May 13, 2015, the IRS issued a memorandum to all IRS LB&I, SB/SE, and TE/GE employees titled “Interim Guidance for Report of Foreign Bank and Financial Accounts (FBAR) Penalties.”  The guidance in the memorandum has been incorporated in the IRS’s internal guidelines (the Internal Revenue Manual or  IRM), in IRM 4.26.16.  Per Attachment 1 to the 2015 IRS memo,4 applying multiple penalties to each year is generally inconsistent with IRS policy.  Rather, Attachment 1 to the 2015 IRS memo provides that “for most cases involving multiple nonwillful violations, examiners will recommend one penalty for each open year, regardless of the number of unreported foreign financial accounts.”  However,  Attachment 1 to the 2015 IRS memo also emphasized the IRS’s ability to apply only a single penalty not to exceed $10,000 across all years.

For some cases, the facts and circumstances (considering the conduct of the person required to file and the aggregate balance of the unreported foreign financial accounts) may indicate that asserting nonwillful penalties for each year is not warranted. In those cases, examiners, with the group manager’s approval after consultation with an Operating Division FBAR Coordinator, may assert a single penalty, not to exceed $10,000, for one year only.

As a general matter, it seems the IRS recognizes the public perception of unfairness that would arise if the IRS pursued the FBAR penalties to their fullest extent in every case that crossed an IRS agent’s desk.  As the fear of the imposition of penalties to the fullest extent of the law has been recognized as discouraging compliance in many cases, counter to the intent of the law, the IRS has not routinely sought maximum penalties.  Initially, the IRS relied greatly on agent discretion.  This worked for taxpayers in some cases and against them in others. But, perhaps in response to public and tax practitioner outcry, the IRS has provided more guidance to agents in the interest of consistency and, thereby, improve equity and compliance.  This, in my opinion, works in everyone’s favor because, when the government acts consistently and fairly, taxpayers are more inclined to engage in voluntary compliance.  Taxpayers need to know they can trust the government not to impose aberrant or overly harsh penalties when they do the right thing.

Per the 2015 IRS memo, the purpose of the memorandum was to “implement procedures to improve the administration of the Service’s FBAR compliance program” and the procedures attached thereto “were developed to ensure consistency and effectiveness in the administration of FBAR penalties. They will help ensure FBAR penalty determinations are adequately supported and penalties are asserted in a fair and consistent manner.”  Thus, via this memorandum, the IRS recognized what many practitioners at that time were complaining of – that some taxpayers were subjected to unfairly higher penalties than others based upon the lack of sufficient guidelines to reign in the subjective discretion of the agents. This memorandum was a clarification of already existing IRS positions to help its agents be more consistent.  The IRS previously allowed – and encouraged – IRS agents to apply a single penalty across all years in some cases.

Regardless, for those in the Ninth Circuit there is now precedent for consistent relief.  But, taxpayers in other circuits will need to stand up for application of the IRS’s discretion first and then decide whether they want to try to set precedent in their circuit second.  In any case where the IRS is considering which penalties to apply, how many, and how much, it is recommended that a taxpayer consult with a competent tax professional.