When Is a California Tax Attorney’s Conflict of Interest Unwaivable? 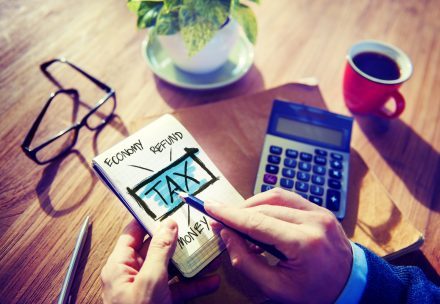 In Guill v. Commissioner, 112 T.C. 325 (1999), the United States Tax Court succinctly explained the deductibility of legal expenses as trade or business expenses on Schedule C (§ 162), or as expenses for the production of income for an individual on Schedule A (§ 212).  112 T.C. at 328-29.  Section 212 “governs the deductibility of litigation costs as an itemized deduction when the costs are incurred as a nonbusiness profit seeking expense.”  Id. at 328. (See further below for the Tax Cuts and Job Act’s severe limitation on itemized Schedule A expenses.)

With respect to the deductibility of attorney’s fees incurred in a suit, “[t]he origin and character of the claim with respect to which an expense was incurred, rather than its potential consequences upon the fortunes of the taxpayer, is the controlling basic test of whether the expense was ‘business’ or ‘personal’ within the meaning of § 162.”  Commissioner v. Tellier, 383 U.S. 687, 689, 86 S.Ct. 1118, 1119-20 (1966) (finding that defense costs of an individual charged criminally for securities fraud were deductible under 26 U.S.C. § 162 because the defense of the action stemmed from the taxpayer’s securities business activity). See also United States v. Gilmore, 372 U.S. 39, 49, 83 S.Ct. 623, 629 (1963) (“the characterization, as ‘business’ or ‘personal,’ of litigation costs … depends on whether or not the claim arises in connection with the taxpayer’s profit-seeking activities”).

In Commissioner v. Tellier, 383 U.S. 687 (1966), the Supreme Court was presented with the argument that legal fees incurred in the unsuccessful defense of a criminal charge arising out of taxpayer’s business, though they meet the literal requirements of § 162(a), are not deductible because deduction would reward criminal activity. Taxpayer in Tellier was engaged in the business of underwriting and selling securities. He was convicted and fined $18,000 for violating the fraud section of the Securities Act of 1933, the mail fraud statute, and conspiracy to violate both of these statutes. In his defense taxpayer incurred and paid approximately $23,000 in legal fees, and he sought to deduct this expenditure as an “ordinary and necessary” business expense under § 162(a) of the Internal Revenue Code. The Commissioner disallowed the deduction and was sustained by the Tax Court on the ground that “public policy” bars the deduction of legal expenses incurred in defense of acts found to be criminal (Walter F. Tellier, 32 P-H Tax Ct. Mem. 1207 (1963)).  The 2nd Circuit (en banc, at 42 F.2d 690 (1965)), unanimously reversed  and the Supreme Court agreed, holding that such expenses are “ordinary and necessary” within the meaning of § 162(a) of the Internal Revenue Code, hence fully deductible because no sharply defined public policy is frustrated by allowing the deduction.”

Attorney’s fees may also be deductible in certain other contexts.  According to IRS Publication 17 as it existed before the Tax Cuts and Jobs Act, a taxpayer could deduct expenses paid: to produce or collect income that must be included in your gross income; to manage, conserve, or maintain property held for producing such income; or to determine, contest, pay, or claim a refund of any tax. Since 2018, reflecting the severe limitations of the the Tax Cuts and Jobs Act, Publication 17 (which taxpayers should review for their unique situation) now says:

In Bagley v. United States, 963 F. Supp. 2d 982 (C.D. Cal. 2013), the court affirmed the deductibility of fees in a qui tam action.  There, the court found in very unique circumstances that the taxpayer’s activities as a litigant, standing in the shoes of and suing for the government, constituted a business activity and caused the fees to be deductible above the line.

-Daniel W. Layton, Esq., is a former federal prosecutor and ex-IRS attorney, whose litigation experience includes Bagley v. United States. As a tax attorney in private practice in Newport Beach, he uses his knowledge of IRS procedures and rules to keep the IRS in check and protect his clients’ rights. He may be contacted at (949) 301-9829.