What Is an IRS Tax Assessment?

I Quit My Federal Prosecutor Job Because of a Government Shutdown 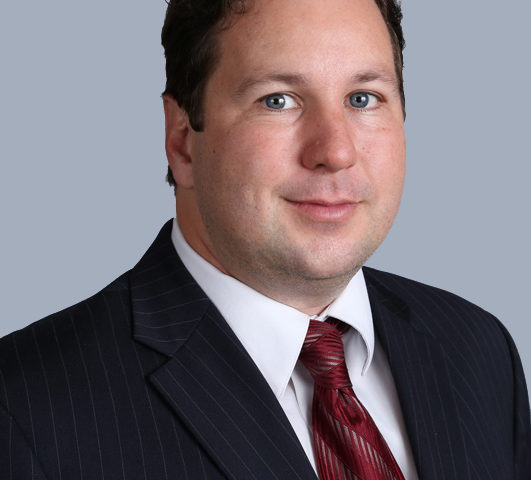 I Quit My Federal Prosecutor Job Because of a Government Shutdown: My Story.

When I was offered a line-attorney job at the U.S. Attorney’s Office for the Central District of California (the local federal prosecutor’s office for the D.O.J.) in Los Angeles, I was one of the most junior attorneys its Tax Division had ever hired – though the nearest reference point would have been the Chief herself, who was hired straight out of school. My pay was in the high five-figures. This was not much for a single earner supporting a 3-person family, but based on past precedent it was understood that pay would go up substantially each year. The understanding was that I would never be rich, but I would be able to serve my country and have a steady paycheck every two weeks.

That didn’t happen. The year after I was hired, Barack Obama was elected. Regardless of my political leanings, I was excited about President Obama’s election because I had dinner with him at the University of Chicago during the orientation, only a few days after September 11, 2001. Although I dropped his course due to scheduling, he was a respected professor there and I was affected by the conversation I had with him about public engagement. However, the ensuing political turmoil led to “continuing resolutions,” tightened budgets for many government functions including local prosecutor’s offices and a halt to annual cost-of-living increases. In ensuing years, I received only modest pay increases, sometimes only a few hundred dollars.

Despite the lack of pay increases, I was gaining recognition within the prosecutor’s office for my work on high-profile tax cases. As a line attorney in the Tax Division, I worked on both civil and criminal cases. I helped prosecute return preparers who were costing the government millions of dollars through false tax returns. I was part of a two-attorney team that obtained a judgment of over $350 million dollars in tax, interest, and penalties. I filled in as “Acting” Chief of the Tax Division several times a year. I was being given district-wide responsibility under the title of Stolen Identity Refund Fraud coordinator as part of an effort to combat ID-theft related return fraud that was costing the government billions of dollars and gaining attention in the media.

Because of the importance of the work and my own work ethic, in my first several years with the government I worked every weekend and every holiday, including Christmas (though only part of the day on Christmas). I was known to work through the night at the office to make sure the job was done right, if needed.

But, when the government shut down for weeks in October of 2013, I depended on that paycheck to come every two weeks. We lived simply to make ends meet, but I was still paying student loans. My wife and I shared one car, and I took the train to work most days. Despite keeping expenses to a minimum, we did not have enough in savings to survive a month without a paycheck. My wife, my daughter, and I lived in a single-bedroom 850 square-foot condo that we were able to get at the bottom of the market in 2009. I built a wall (with my own two hands) across the dining room to make a second room for my 6-year old daughter. She attended the local public school, which had trouble meeting state standards. Before the shutdown, just based on the lack of pay increases, I had already started worrying that I was hurting my family in order to serve my country. That concern was about to double, as my wife was about 6-months pregnant with our second daughter when the shutdown happened.

Because I was responsible for a substantial criminal case load, when the government shut down, I was required to continue coming into work. I was concerned that I wouldn’t be able to make my next mortgage payment, but I had heard that other were able to get extensions from their banks. I called my bank. They said they would look into it and get back to me. When I received the return call, I was informed that they would like to help me, but my loan deferral would need to b approved by FHA, which was closed due to the government shutdown.

Because I didn’t have enough in savings to cover mortgage without my next paycheck, I had to reach out to my mother for a loan. I had been an attorney for the government for almost 8 years. The shame I felt for reaching such a high level of professionalism and achievement but having to go to my mother for help because I could not support my family still pains me to this day.

It was always part of the deal that I would not become rich by serving my country, but I would have job security and a steady paycheck to support my family with. That deal had been broken and my sense of security shattered. By the following Monday I had my first job interview with a law firm.

My superiors were sad to see me go. I was perhaps the last person they thought would leave, except they could see a change in me since the shutdown. Since I had my first externship with the Major Frauds section of the San Diego U.S. Attorney’s Office in 2002, I had never wanted anything more than to be a prosecutor, except to support my family.

Daniel W. Layton, the author of this blog post, is the principal of the Tax Office of Daniel W. Layton, Esq.. He is a graduate of the University of Chicago Law School, a former IRS trial attorney and a former Assistant United States Attorney.