Choosing the Best Laptop for a Small Law Firm

Choosing the Best Laptop for a Small Firm: CPU Guide

The CPU specifications should you look for in a laptop for an attorney.

What CPU is the best for a small law firm laptop?

You don't need the highest end specifications for the type of processing done at most firms. But, the minimum specifications I would recommend for a lawyer start with an Intel i-series or Ryzen 3 from AMD. This post will give an overview of each feature of a CPU and how it may help or hurt a lawyer's enjoyment of a laptop. This is Part 2 of a multipart series. Part 1, which focuses on non-technical aspects of choosing a laptop for a lawyer, can be seen here.

The CPU is the logical and computational brain of the computer - like the right brain of a person is sometimes characterized. All of the parts discussed here are necessary to your use of a laptop, but the CPU is really the cake part of the muffin - everything else is just a means for you to use it better. It is typically the most expensive component of a computer and the first thing you should think about when considering your needs. Focusing only on recent year models (I don't recommend buying used for your primary laptop), being knowledgeable about following characteristics of a CPU will be helpful to your shopping experience:

These are the only two brands of CPU. Stick to i-series chips with Intel, which are i3, i5, or i7 (but not i9, more on that later) or Ryzen 3, 5 or 7 on AMD. Intel had a significant performance edge up until about 3 years ago. AMD stepped up to the plate since then and you should not hesitate to get a Ryzen chip.

You'll see this as GHz or MHz (1000 MHz is the same as 1 GHz). Modern laptop CPUs often boast "base" speeds of between 1.5 to 2.5 GHz, but will "boost," if heat is not an issue, up to about 4 GHz. Clock speeds and cores, discussed below, are the two biggest factors in how fast your laptop feels. If you are doing multiple tasks on your computer, such as running chrome, searching emails, taking notes in word, and doing text recognition in Adobe Acrobat, your computer will feel fast and competent in any Ryzen or i-series chip with 4 cores. But, if you are running just one or two tasks, you may notice that a 2-core CPU will actually have higher boost speeds and, importantly, be able to maintain those boost speeds for longer (really indefinitely) without clocking down to avoid overheating (known as "throttling," a persistent problem in many laptops). Lawyers don't typically use programs heavy enough to require more than two cores operating at boost speeds of 5 GHz. On a routine basis, Adobe Acrobat is the heaviest program I use and it is heaviest when doing text recognition. For a program like that, a 2 core CPU that is able to maintain boost clock speeds of 5 GHz on one core will finish the job about 20% faster than a 4 core CPU running at boost speed of 4 GHz. This is because Adobe Acrobat is programmed to only utilize a single core (and one thread on that core), like every other word processing program. But, using one core for Adobe will leave you with only one core left to work on everything else, which is fine if you are just using office programs.

Since about 2011, the standard for consumer or business laptops is at least 2 cores. Each core is almost like having another CPU. As an analogy, think of the work a CPU does as similar to moving houses. The CPU is the labor. If you have one core, that core can move one moderately heavy piece of furniture - run text recognition in Adobe for example. If you have two cores, one can run Adobe and the other can run a search of your emails in Outlook. It is more complex than that, but this is the best way to envision it. Modern consumer CPUs start with 2 cores and can go up to 8 cores. (16 and more cores can be had, but aren't yet practical for most of us.) It may seem obvious that more cores are better, but this isn't entirely true. A V8 engine is noisier, hotter, larger, and less fuel efficient. The same goes for a CPU, but with worse side effects. The batteries on laptops don't get scaled with the 8 core chips. Because they run hotter, the fans run higher and louder, and the chips and the fans use up the battery faster. To compensate for the extra heat, most CPUs either have lower clock speeds for each core (meaning you have a bunch of small guys helping you move rather than a couple strong ones) or those cores will "throttle." That means they lower their work rate to 25% to make sure they don't get too hot in difficult tasks. Throttling is a major issue once you go above 2 cores in a laptop. I briefly tried a 4 core Yoga laptop from 2017 which was thin and had, on paper, high clock speeds. But if that laptop ran all cores at max for more than 2 minutes, each core was working at 25% speed. I would have been better off, in some applications, with a higher-clocked 2 core.

In some CPU chips, each of the cores can multitask using "multi-threading" (called hyper-threading in Intel and SMT in AMD), which allows it to handle two substantial tasks. Basically, each of your movers has two hands and can carry two moderate items or a large one and a small one. The CPUs I recommend in this post all have at least 2 cores and 4 threads, total. That is the bare minimum. For most lawyers, on a day to day basis, this will be more than enough. Pretty much all word processing programs are light and can't utilize more than one thread. Some small firms, mine included, can justify more than two cores and four threads because the laptops are sometimes used for creating advertising media. Photo and video editing software are multi-threaded and heavy and will benefit greatly from at least 4 cores (and a dedicated GPU). But, a lot of research should be done before committing to a laptop with a 4 or 6 core CPU. Fan noise is higher with these systems along with excess heat and lower battery life. They are more likely to throttle if the laptop is poorly designed, leading to worse performance than a 2 core/4 thread model in some applications.

Unlike a desktop PC, you cannot upgrade the CPU in a laptop after you buy it. Nonetheless, I do not recommend getting a higher-core CPU in a laptop out of concerns of the future demands of software. You should upgrade your laptop every 3 to 4 years to make sure you have the latest, most efficient model rather than suffer through heat and noise issues, with worse performance on routine tasks, and to make sure you project the right image of your law practice (as discussed in my prior post). Daniel Layton, the author of this post, is a tax litigator in Newport Beach, Orange County, California. He is a PC enthusiast and enjoys refurbishing and upgrading computers, which is a good thing because he does his own IT. Posted on 02/28/2021 by Daniel Layton. 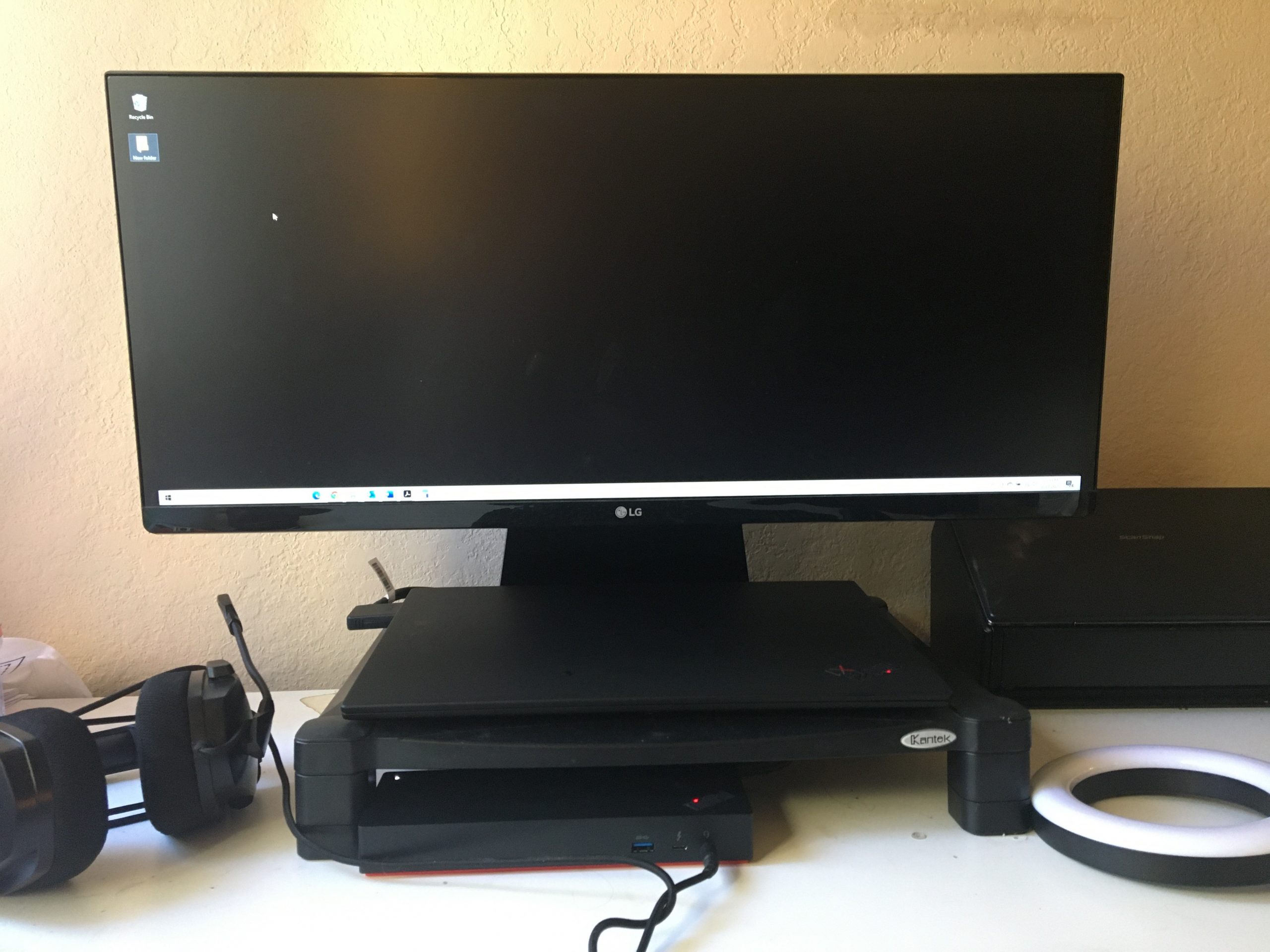 Choosing the right laptop for your law firm often starts with the right CPU.