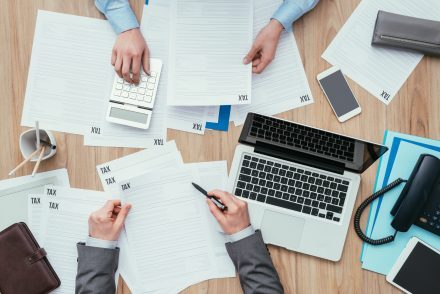 What Is the Value of a Tax LLM?

Whether a Master of Laws in Taxation is worth the cost, of course, is going to vary based on individual circumstances – both what you come in with and what you leave with – and which program you decide to attend.  These different factors are discussed in this and other posts which, indexed at the bottom of this article.

What you come in with – Top LLM Programs

As I discussed in my last post, at least with respect to the programs most consider the best, people in recent years have been entering Tax LL.M. programs with more credentials than before.  This is obviously more a product of the tightened legal market than anything else.  In the bloated 2006 and 2007 legal market, a JD Candidate in the top 1/3 of the class in a tier one school with either a CPA background or good grades in 4 or more tax classes was a virtual lock for an entry level position in a big firm or the IRS Office of Chief Counsel.

Now, the Office of Chief Counsel won’t even consider you if you aren’t at a top 20 (USNWR) school or in the top 20% – and that is a firm cutoff.  In 2010 I saw the IRS pass up a top 25% UCLA student with a business background without even a second round interview, a scenario that was unthinkable in 2007.  In 2012-2013, I saw the IRS decline to even interview a top 25%, editor-in-chief of a law review, with superb recommendations because he wasn’t in the top 20%.  Big firms, one way or another, did not pan out for them.  In addition, without accounting backgrounds, Big 4 accounting firms rarely recruit law students anymore.

Fortunately, when one door closes, another one opens.  These candidates have exactly the types of credentials that schools like Georgetown and NYU admit and fill their classes with.  In theory, they can do the fourth year of law school (4L?), add that excellent East-Coast prestige to their resumes and compete again for a big firm, and become competent in a specialty area.

Was an LL.M. in Tax a good choice for these candidates?  The answer is no.  Fortunately, neither candidate pursued another year of law school.  The latter editor-in-chief plugged away at other job opportunities focusing on clerkships and other government openings, eventually landing an even more prestigious position that had nothing to do with tax.  The other, with the business background, worked in a mid-size business and corporate firm, a job she landed through connections.

Furthermore, by taking the door to this advanced tax law degree, you are likely closing a lot of other doors, and it is far from guaranteed that even an NYU LLM will land you a job (though this will be explored more in the what you come out with post).

The point of this is that there is a tension between being so qualified that you will get good job, maybe even your ideal job, and having the qualifications to enter a top Tax LL.M. program.  To be fair, the lack of assurances in following either path presents an unresolvable conundrum because it is impossible to know which will work out best for you if your only goal is to secure employment – any employment.  However, there is one scenario where the choice is easier, and that is where any employment won’t do: If you are fully committed to tax, then at least you know the doors you close by entering an LLM program are not desirable ones anyway.

With respect to that last scenario, if you don’t have the background to be a serious candidate for a tax-focused legal job, then your analysis is pretty straight forward in terms of cost-benefit.  Tuition is upwards of $50,000, plus cost of living, so it isn’t prohibitively expensive for a graduate degree unless you are already sinking in debt.  If, for some reason, you are not really competitive for a tax job and can’t live without one, and can afford the degree, then this is a pretty simply choice.  However, I doubt many people really exist in this category.

The scenario reverts to similar considerations to the editor-in-chief and UCLA examples, above, when you are already very tax-qualified, though.  If you are top of the class and are a CPA and took tax classes in law school, who is to say a little more elbow grease won’t land you a job in tax just as well as an NYU LLM?  How much value does an LLM add to someone whose resume aleady reads JD, CPA, MST?  Probably some, but that diminishes when one considers opportunity cost and the cost of tuition and living in New York or DC.  So, what does the NYU or GULC LLM degree add for these candidates?  Better jobs?  Maybe, but most, or at least a very large number, of NYU LLM graduates end up in Big 4 accounting firms – hardly a career advancement for a CPA/MST with a JD, much less for one who also has another master’s degree from the top LLM program in the country.  Certainly it does mean higher-level employment for some, including those who may start higher in a Big 4 firm or in a specialized group like international tax, or those who do land in a big firm or IRS counsel.

If a job is a job is a job and your chances of landing a jobby-job or a better job are not, at least, readily ascertainable, making the choice to move to the East Coast for an LLM for that reason alone is risky.  You have to look at other benefits of an LLM from a top school…. to be discussed in a post to come.

Is Getting a Tax LLM a Good Idea? Part 2.2: Value of a Tax LLM After Your First Job