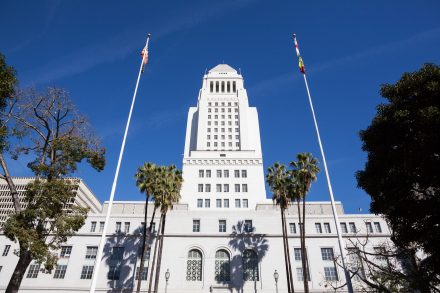 With over a 70% favorable vote, Measure M passed in Los Angeles County in November of last year.  Per LA Metro’s webpage voters were asked to vote for the measure:

This sales tax increase brings the tax rates in cities in Los Angeles County to a minimum of 9.25%, up from 8.75%.  However, in certain cities in the county the rate is higher due to special district taxes, going as high as 10.25%.  Despite the overwhelming vote in favor of this tax increase, there is likely some “above-sticker” shock for consumers in certain municipalities where the sales tax is exceeding 10% for the first time.  A BOE press release (here) breaks down the tax rates in a handy chart:

You can find the sales and use tax rates for any city in California by clicking here and typing in the address where you conduct sales or intend to make your purchase.  Sales tax is a major source of revenue for cities, but it is more of a boon for some cities than it is for others, as certain cities tend to have more retail businesses and retail sales.  Small cities with bustling downtowns and malls benefit from money spent by consumers who cross city lines to shop.  Here in Orange County, the City of Brea comes to mind as an example.

In addition, while sales tax affects everyone and everyone pays the same tax on the same purchase (with some exceptions like sales for resale or out of state sales), consumer purchases represent a larger percentage of the disposable income of lower income individuals.  Unlike federal and state income tax, the sales tax system is not progressive or graduated with gradually increasing brackets.  Depending on your point of view, shouldering the costs of local infrastructure improvements through sales tax could be perceived as more fair (everyone uses infrastructure) or less fair (those who are already struggling are asked to pay the same rate as those with more).  Of course, everything is more complicated than that.