Mixers on the slider at the event 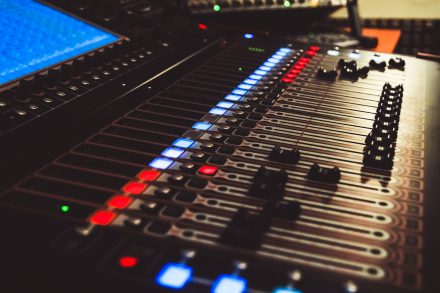 Mixers on the slider at the event

Tip of the hat to the Billboard.com’s article for bringing this music industry tax news to my attention.  A recent DOJ press release is reporting that the U.S. Attorney’s Office for the Southern District of New York has brought charges against rapper DMX  (real name Earl Simmons) under 14 criminal tax counts:  one count of corruptly endeavoring to obstruct and impede the due administration of Internal Revenue Laws (26 U.S.C. Section 7212), one count of evasion of payment of income taxes (Section 7201), six counts of evasion of assessment of income tax liability (also Section 7201), and six counts of failure to file a U.S. individual income tax return (Section 7203).

As discussed in previous posts, Section 7212 is an omnibus provision which allows for the prosecution of conduct similar to 18 U.S.C. 1001 (which makes it a crime to make a false statement to a federal investigating officer ).  However, it is more specific to the IRS and is often charged when a false statement or document are submitted in the course of an audit, or when there is harassing conduct meant to deter the IRS from its function.

The other charges, even before I provide the rest of the allegations of the government (remember that this is all just allegations at this point – the defendant is innocent until proven otherwise in a court of law), paint even more of a picture from what is missing: There are no charges for filing a false return.  Section 7203 non-filing is a misdemeaner and is not typically worth the DOJ’s time without the accompanying “evasion” charges which appear here – though the DOJ will make the most of a 7203 charge, just like it did with Wesley Snipes, if all else fails.

The DOJ alleges as basis for the charges, per the press release:

During the period from 2010 through 2015, SIMMONS earned over $2.3 million, but SIMMONS did not file personal income tax returns during that time period.  Instead, he orchestrated a scheme to evade payment of his outstanding tax liabilities, largely by maintaining a cash lifestyle, avoiding the use of a personal bank account, and using the bank accounts of nominees, including his business managers, to pay personal expenses.  For example, SIMMONS received hundreds of thousands of dollars of royalty income from his music recordings.  SIMMONS caused that income to be deposited into the bank accounts of his managers, who then disbursed it to him in cash or used it to pay his personal expenses.  SIMMONS also participated in the “Celebrity Couples Therapy” television show in 2011 and 2012 and was paid $125,000 for his participation.  When taxes were withheld from the check for the first installment of that fee by the producer, SIMMONS refused to tape the remainder of the television show until the check was reissued without withholding taxes.

SIMMONS took other steps to conceal his income from the IRS and others, including by filing a false affidavit in U.S. Bankruptcy Court that listed his income as “unknown” for 2011 and 2012, and as $10,000 for 2013.  In fact, SIMMONS received hundreds of thousands of dollars of income in each of those years.

Essentially, the DOJ is alleging cash, nominee accounts, and the demanding of no tax withholdings as its so-called “affirmative acts.” I previously discussed a typical non-filer/evasion case in a prior post here.  This case isn’t quite the same because celebrities, whether actors or recording artists, do things differently by nature.  They protect themselves from the general public by allowing their managers to do everything.  They use cash to avoid having their personal financial data compromised.  They use nominees by nature, since they have “stage names” and performance names.  The refusal to have withholdings may stand out, but there has to be a question of whether it was DMX who made that request or one of his managers.  It seems odd for DMX to handle that himself.

By itself, non-filing has many potential criminal and civil repercussions.  But the government will need more: they need to show that DMX was aware of the non-filing and that he was aware of the filing responsibility and not under some misconception about it.  Without such, the DOJ may not even prove a misdemeanor.  For evasion, the DOJ needs affirmative acts showing intent to evade by DMX himself.  It will be interesting to see if the IRS and DOJ can prove it.