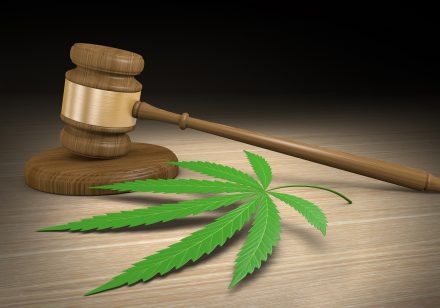 In August of 2013, the Justice Department announced a marijuana enforcement policy which still endures, at least for the time being.  That “medical marijuana” policy is set forth in the August 29, 2013 Memorandum from Deputy Attorney General James M. Cole on the subject of “Guidance Regarding Marijuana Enforcement.   The press release on the memorandum (full text of memo here) sums up that policy:

…the federal government has traditionally relied on state and local authorizes to address marijuana activity through enforcement of their own narcotics laws. This guidance continues that policy.
For states such as Colorado and Washington that have enacted laws to authorize the production, distribution and possession of marijuana, the Department expects these states to establish strict regulatory schemes that protect the eight federal interests identified in the Department’s guidance. These schemes must be tough in practice, not just on paper, and include strong, state-based enforcement efforts, backed by adequate funding. Based on assurances that those states will impose an appropriately strict regulatory system, the Department has informed the governors of both states that it is deferring its right to challenge their legalization laws at this time.  But if any of the stated harms do materialize—either despite a strict regulatory scheme or because of the lack of one—federal prosecutors will act aggressively to bring individual prosecutions focused on federal enforcement priorities and the Department may challenge the regulatory scheme themselves in these states.

In 2014, Congress reinforced this policy by prohibiting the DOJ from using federal funds to prosecute state-legal marijuana operations and patients, and has done repeated this in every budget since.  This law was upheld in 2016 by the 9th Circuit in United States v. McIntosh, 15-10117.

Recently, a May 1, 2017 letter from Attorney General Jeff Sessions became public, in which he opposed the marijuana prohibition on the use of DOJ funds.

Recently, per a HuffPost report, the Senate Appropriations Committee has already rebuked that request, including that language in an amendment to the Commerce, Justice, Science, and Related Agencies 2018 fiscal year budget.

As I previously posted, medical marijuana is attractive to many cities as a new tax source.  With cities, businesses, individuals, and taxpayers becoming dependent on these businesses, any change to the federal enforcement scheme – marijuana is still classified as an illegal drug under the Controlled Substances Act – could have serious repercussions.