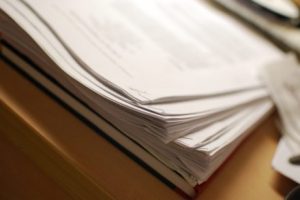 What is a Choate Lien?

A choate lien means a lien where “the identity of the lienor, the property subject to the lien, and the amount of the lien” are firmly established. [fn2]  In addition, for a lien to be choate requires the right to summarily enforce the lien,[fn3] with nothing further needed be done to make it enforceable [fn4].

In tax lien cases, the federal lien’s statutory existence generally means it doesn’t have to jump through as many hoops as other types of liens.  The term “choate” typically arises when there is a dispute as to when one lien is competing with another for the right to be paid first.  When the lien-holder claiming to compete with the IRS’s lien involves a money judgment, the claimant must have “perfected a lien under the judgment on the property involved.” [fn1]

The author of this blog post, Daniel W. Layton, is a former federal prosecutor and former IRS trial attorney.